You Kick The Bucket; We Do The Rest

My article on the transatlantic circulation of a 19th century newspaper joke has just been published in the Journal of Victorian Culture.

“In December 1893 the Conservative candidate for Flintshire addressed an audience at Mold Constitutional Club. After he had finished attacking Gladstone and the local Liberal incumbent, he ended his speech with a joke. He advised the Conservative party to adopt, with regard to the government, the sign of an American undertaker: ‘You kick the bucket; we do the rest’. How did a sign belonging to a Nevadan undertaker become the subject of a joke told at a political meeting in North Wales? This unlikely question forms the basis of this article. Using new digital archives, it tracks the journey of the gag from its origins in New York, its travels around America, its trip across the Atlantic, its circulation throughout Britain and its eventual leap into political discourse. The article uses the joke to illuminate the workings of a broader culture of transatlantic reprinting. During the final quarter of the nineteenth century miscellaneous ‘snippets’ cut from the pages of the American press became a staple feature of Britain’s bestselling newspapers and magazines. This article explores how these texts were imported, circulated and continually rewritten in dynamic partnership between authors, editors and their readers.”

A collage I pulled together also made it to the front page! 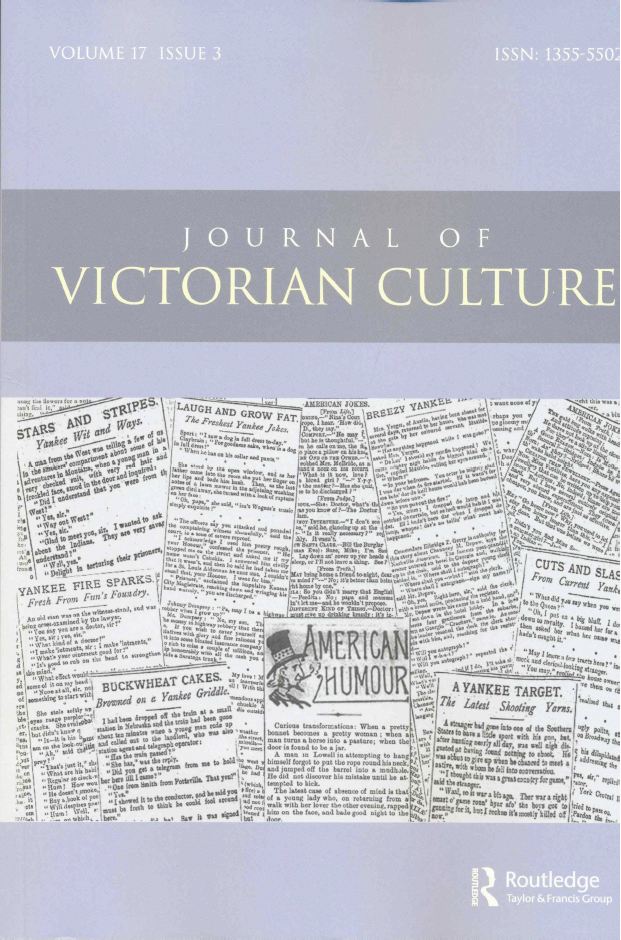 This issue also houses a great Digital Forum on social media featuring articles by @RohanMaitzen and @AmberRegis. Check it out!