During the final quarter of the nineteenth century, columns of American jokes became a regular feature of numerous British newspapers. The Newcastle Weekly Currant, for example, had a weekly column of ‘Yankee Snacks’; The North Wales Chronicle had ‘American Humour’; the Hampshire Telegraph its ‘Jonathan’s Jokes’; and the Northern Weekly Gazette sported a ‘Stars and Stripes’ column. Lloyd’s Weekly Newspaper introduced a regular column of ‘American Jokes’ in 1896, the same year it achieved an unprecedented circulation of one million readers. Almost half a century before Hollywood, here was a distinctively American form of popular culture which took Britain by storm. It has, however, received little academic attention. This article explores the development of the American humour column, considers the way in which it was consumed by British readers, and argues that these seemingly ephemeral jokes played a key role in shaping Victorian encounters with America. 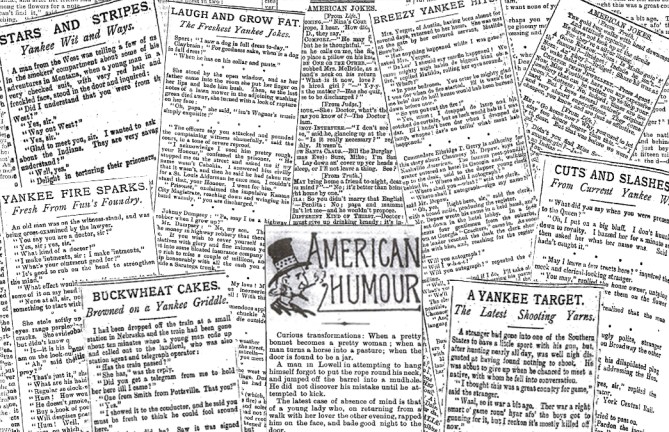