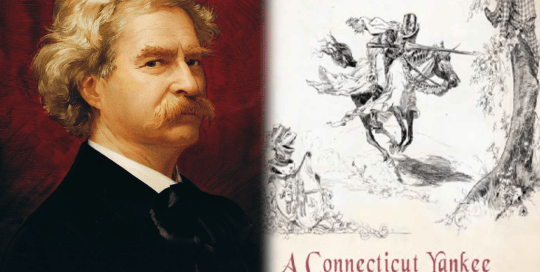 The Old World and the New: Negotiating Past, Present, and Future in Anglo-American Humour, 1880-1900

Humour acted as an important point of contact between nineteenth-century Britain and America. By the 1870s, Victorian bookstalls groaned under the weight of imported American literary humour. The authors of these texts, such as Mark Twain and Artemus Ward, toured the country’s theatres and became household names. Columns of imported Yankee jokes appeared each week in bestselling Victorian newspapers and magazines and were published alongside articles dissecting ‘Cousin Jonathan’s’ distinctive sense of humour. At the same time, satirical magazines such as Punch, writers including Oscar Wilde, and a range of music-hall performers regularly made jokes about America – often at Uncle Sam’s expense. One of the recurring themes within this discourse was the humorous juxtaposition of a ‘British Past’ with an ‘American Future’. Wilde’s Canterville Ghost, for example, transplanted a modern American family into the unfamiliar setting of an old English country house, whilst Mark Twain imagined how a Connecticut Yankee might use his knowledge of modern technology to bewitch King Arthur’s Court. Crucially, these texts were written at a time when the United States was beginning to usurp Britain’s position on the world stage – a shift in transatlantic power relations which challenged long-established national identities and invested representations of the past and the future with heightened potency.