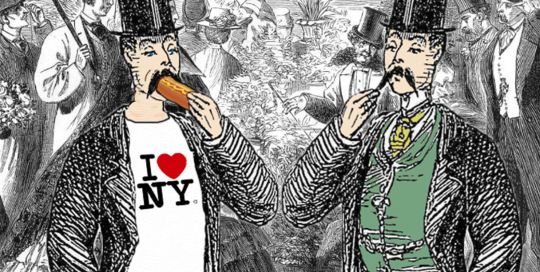 Widespread popular fascination with America, and an appreciation of American culture, was not introduced by Hollywood cinema during the early decades of the 20th century, but emerged during the late-Victorian period and was driven by the popular press. By the 1880s, newspaper audiences throughout the country were consuming fragments of American life and culture on an almost daily basis. Under the impulses of the so-called ‘new journalism’, representations of America appeared regularly within an eclectic range of journalistic genres, including serialised fiction, news reports, editorials, humour columns, tit-bits, and travelogues. Forms of American popular culture – such as newspaper gags – circulated throughout Britain and enjoyed a sustained presence in bestselling papers. These imported texts also acted as vessels for the importation of other elements of American culture such as the country’s distinctive slang and dialects. This thesis argues that the late-Victorian popular press acted as the first major ‘contact zone’ between America and the British public. Chapter One tracks the growing presence of America in the Victorian press. In particular, it highlights how the expansion of the popular press, the widespread adoption of ‘scissors-and-paste’ journalism, the development of transatlantic communications networks and technologies, and a growing curiosity about life in America combined to facilitate new forms of Anglo-American cultural exchange. Chapter Two explores how the press shaped British encounters with American modernity and created a pervasive sense of a coming ‘American future’. Chapter Three focuses on the importation, circulation, and reception of American newspaper humour. Finally, Chapter Four unpacks the role played by the press in the importation, circulation, and assimilation of American slang.